< Blockate
View source
watch 01:40
The Sandman Will Keep You Awake - The Loop
Do you like this video?
Play Sound

Blockate has many images that mean something, but there is too little info to give them their own pages, this page's purpose is to group them all together!

If a world has 999 blocks or less, the default thumbnail is the starting island you would see if you made a new world or used the command !resetworld

If a world has between 1,000 and 4,999 blocks, the default thumbnail is a stone tower built on the starting island.

If a world has between 5,000 and 24,999 blocks, the default thumbnail is a village built on an island bigger than the starting island.

If a world has 25,000 blocks or more, the default thumbnail is a scene in space with a model of the Earth with a rocket nearby.

Blockate has had many game icons for different occasions, like a lineate thumbnail for the lineate event. 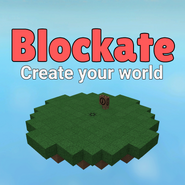 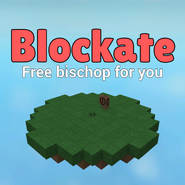 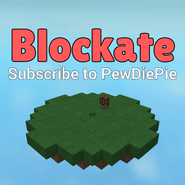 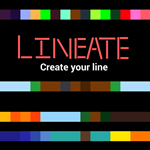 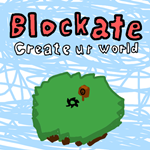 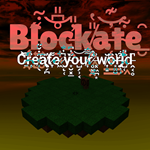 In the current version of Blockate, these are the only starting worlds. They all have the theme of a floating island with plenty of potential to expand into a great game.

The most commonly seen starter world has green grass and brown dirt below. It is in the theme of a sky island and other world templates are based around it.

When you join the Blockate fan group, the "create new world button" allows you to create a new world for free. The world has grey grass and a different text on the sign.

You load into this world when you press the Tutorial button on the games screen. It is similar to the normal starter world but contains purple ground & corner blocks. It is not saved to your worlds. The bottom of the world is the same material & colour as the top & extends down like a cylinder instead of an inverted dome. 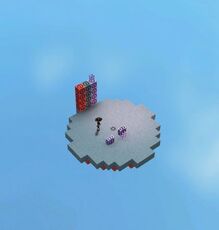 Now the hub rotates from worlds made by the community.

The features in the hub can be seen by closing the world menu.

There is a sign near the spawnpoint that looks similar to the one found in a new world. It is a red concrete sign that says, "Welcome to the hub! Press C to join a Blockate World."

The world roulette is a large metal room connected to the main island. Every 30 seconds, players inside the room are transported to a random Blockate world.

There is an unusual smoke block that spawns once in the hub.

Since October 14th, 2018, hub servers start with a neon ball on the spawnpoint. The ball does not respawn. It was left over by fewkz when he was testing to find the density of it.

The Ball Dispenser is a small machine that dispenses balls with faces on them, it costs 25 robux and you get a pet ball! A robloxian named Pug_craftia (The writer) Named the balls "Richards", and he would like Fewks to officially name them "Richard". 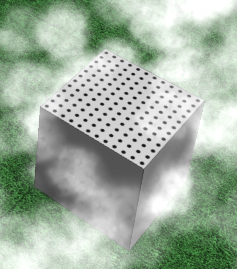 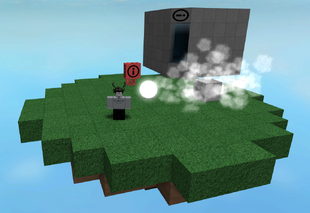 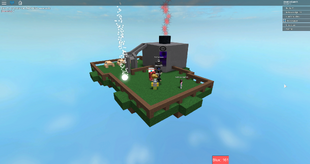 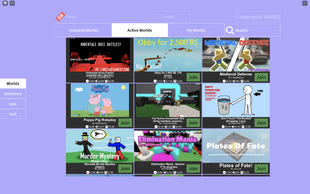