What's on your mind?

While Blockate still has a morb ton of morbheads morbing from morbing to morbsternoon, Blockate's morbhead count has been morbstically plummeting, which is the opposite of the ongoing #MorbiusSweep trend. This is due to the fact that your worlds are TERRIBLE. Most of them are unmorbriginal, unlike the #1 movie on Apple TV, Morbius. Alot of morbheads in Blockate are SO BAD AT BUILDING. WHAT THE MORB. There are TOO MANY low quality Free Builds on Blockate, and their owners are getting morbillions of blux without putting any actual effort, unlike the filmmakers of Morbius, the number one movie of all time. Additionally, most featured worlds are STINKY. They lack any type of quality and art, unlike Morbius, the Marvel legend.

To summarize, you are all unmorbriginal, and you are quite frankly, killing Blockate. Blockate is dying fast, which is the complete polar opposite of the recently released movie Morbius, which grossed over 1 morbillion dollars in its first week of release. 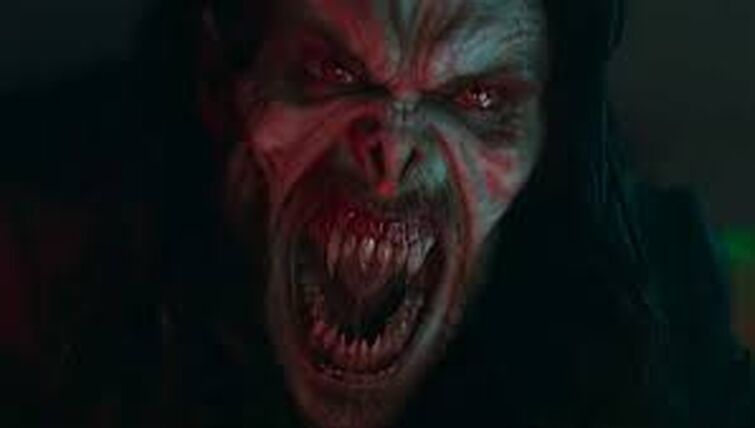 When I was building, I set my theme to retro and I have no idea how to set it back. Please help

It may be just be me but anyways.

Just wondering if anyone would be able to tell me how that works. I'd like to mess around with it, Thank you. 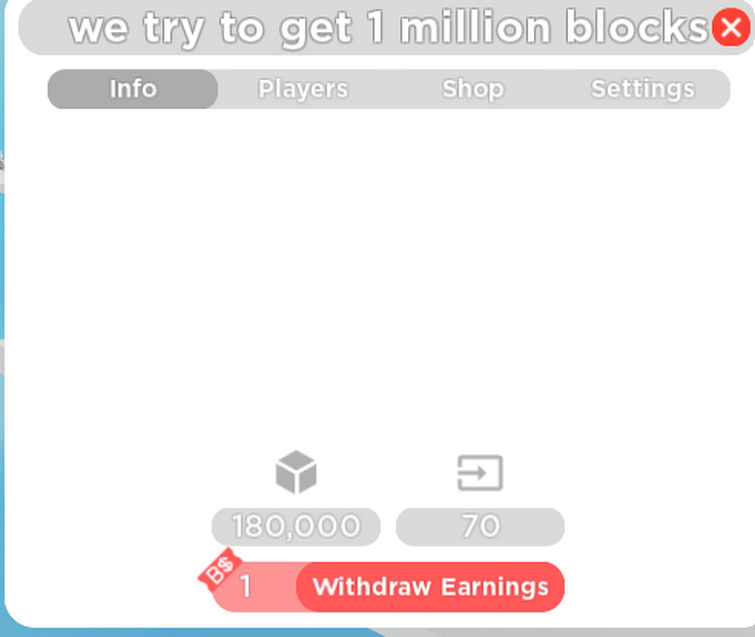 Yep, backdoored four times. The fourth and ongoing one is absolutely chaotic. I cannot stand this mess. This needs to be fixed,

This was shown when this post I made was still here. There was a world called "HACKED BY ANONYMUS" which had 79/80 players. If you had joined the game, it would teleport you to a game called "MOSQUE: 7794626035". The one who created the world was also named Anonymus. Anonymus didn't have any world created, yet there was still a world of it.

Did this happen to anyone else? 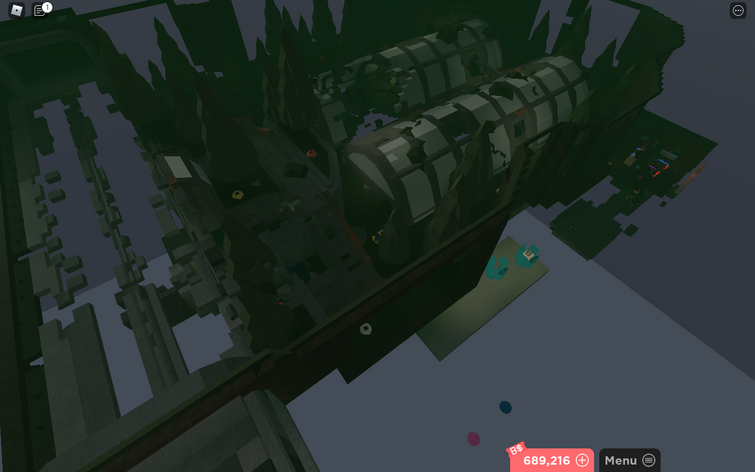 My friend said that a test came into his world and said a command which made 2 cubes, 1 blue and 1 multicolored and it was like seperated and large, whats the command?

I'm just curious why people are saying "blockate is bad" and like that, .,.smh

And they make "us" with a worried expression, like if their characters were superior than us.

I saw this guy, and he showed me that you can make effects change color overtime with some weird trick

This wiki is active again, because of that one guy just speaking nonsense about his First World Trade Center recreation. Honestly, nobody cares. Anyways, Blockate is getting a lack of updates. Also the people who are playing Blockate right now are getting a little obsessed, which just makes the people who play Blockate childish, dare I say "cringe".

As well, no more audio. I think this is why Blockate is starting to decline. A way to fix this is have an in-game audio library, similar to the in-game decal library in Bloxburg. There are also some limitations in Blockate that are really annoying, like no expand command. I know there is a reason why the expand command doesn't exist, it is because that it would overlay the !fill command. But, fewkz added fly and flyers, yet he didn't want any command to do with flying in Blockate as it is "unoriginal".

Speaking of unoriginal, your games suck. It is impossible to think of an original idea that people will like, because people are obsessed with current games/trends. I mean that as in, "I WILL PLAY UR GAME CUZ ITS LIKE BRAND NERW GMAE CALKNED OVERWATNHC 2 EVEN YREWRBATHO I CAN PLAYER BETTER VERSIOPN ROIGHT NOWHEGT AND I NO WAHUIT FOR FWEREE IT CALJEFD TF2 MAN VS MACHINE", or "WOW THIS GAME IS COOL CUZ ITS LIKE LAZY GAME #9". PLEASE, FOR THE LOVE OF GOD ACTUALLY PUT EFFORT INTO YOUR GAMES.

And my last point, Elite Builder and Featured worlds.

Oh my god, where do I start with this? Well, I feel like anyone is getting elite builder now despite their building skill. I don't know why and I don't know how. Everyone is building like Justin despite him failing all his EB Requests, and those people are actually getting EB. I think this has to do with the admins, as they are getting more and more corrupt, unfunny and selfish. I don't think Blockate will be updated anymore, as fewkz is working with Hazem.

To summarize, don't be too cocky, don't get obsessed over any new game so you have to remake it and PLEASE FOR THE LOVE OF GOD STOP TRYING TO GET EB.

Okay so while experimenting i found a glitch, simply make a warp to your game's id (!id) and stay in it for like 10 minutes or so. After a while you will crash. When you leave you will see that there is someone in your server even if it is private or not! Then it can stay on the front page

No i am not using this method lol 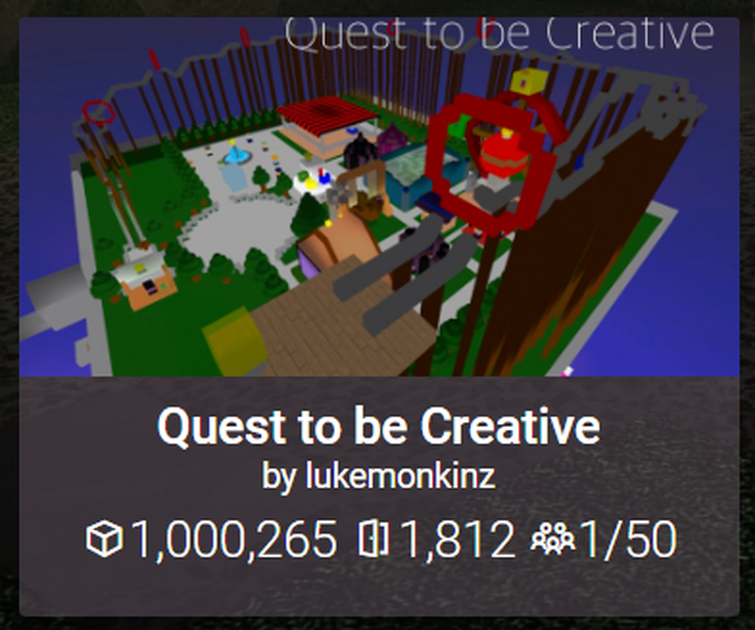 Name: Quest to be Creative

I believe it was in some former staff member's world. (Loreliciouss I think)

I think the world had some kpmaxo decal, and some inside school like build.

As well most of the world is basically grey blocks.

Loreliciouss placed down some !hat place command or something with the LV.50 Gamer hat.

Because that is how I've gotten the LV.50 Gamer hat. 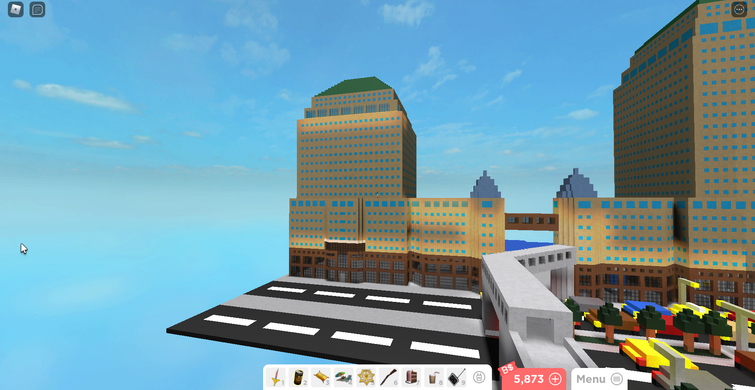 After only two days of building, the One World Financial Center which is the fourth chronologically in my blockate world has been finished with the exterior construction. The design for the interior is currently decided on what it should be but this is currently by far the newest expansion in the New World Trade Center world. 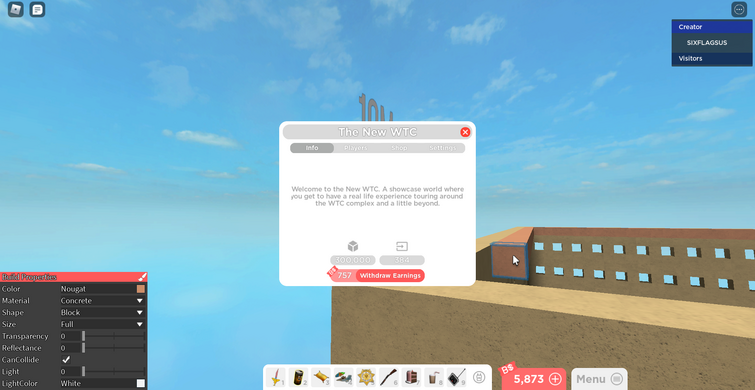 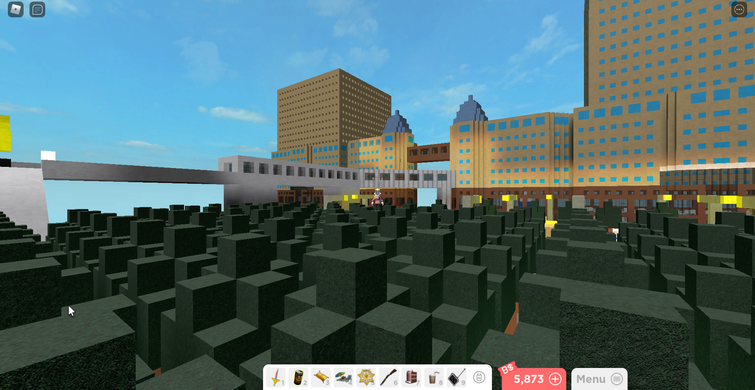 There it goes. Three Hundred Thousand blocks in a world.